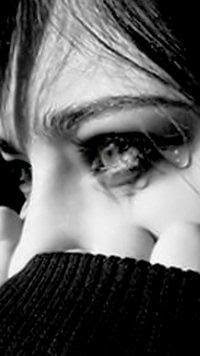 Tomorrow I had wept

Tonight I dreamed I was someone else. Someone that used to be so familiar. I know, that my life and my future did not turn out the way I thought they would. But do they ever? I've felt grief, festering inside my chest, demanding change, and that's when I knew the time has come, to say goodbye. That grief was so old, that I can hardly remember how it felt to be without it. The weight of this false appearance, the image to live up to, the guilt for not wanting to be what I was pretending to be. For not wanting the life, that everyone thought is meant for me. I don't know if I've felt sorrier for myself, who had to live in such way, or the others, all those who didn't realize my deceit. It hurts to be one self, as it is impossible to gracefully let go of everything, in which we are sheltered, even if it's false. I know now, it's a must, to bury the knowledge of my former existence and step aside, like a surgeon, cutting off a gangrene in order for rest to remain alive. I refuse to weep. I had wept tomorrow. Each and every hopeless tomorrow, that was predicted for me, by others. I refuse to weep, for I have tasted my own truth, and I I'll fight for my new-found freedom, against all, until the very last breath has left me. Future has no interest in, if it does - or doesn't, fit someone’s idea of it, and so neither shall i give a flying fuck again. There is no goddamn future! We take the chances as they come, not with certainty, but faith, that at the end of the day, we will be exactly where we are supposed to, and that perhaps someday, some day we might find whatever it is that we are looking for. My truth is called "now", and now is not really a good time for me to cry.The curtains will be up any moment and i have to get on stage.
................
After all,eternity is but a moment.One already passed,the one yet to come and the one that might never be.
Posted by Milica Cincar-Popović at 12:00 AM